The current political climate in the UK seems to indicate a loss of identity in the modern world drive towards multiculturalism, so it was a refreshing reminder of what the British gentleman can be with last years Kingsman: The Golden Circle, a spy comedy film produced and directed by Matthew Vaughn and written by Vaughn and Jane Goldman. Based on the comic book series Kingsman, created by Dave Gibbons and Mark Millar. The film features Colin Firth, Taron Egerton, Mark Strong, Edward Holcroft, Hanna Alström, and Sophie Cookson reprising their roles from the first film with Julianne Moore, Halle Berry, Pedro Pascal, Elton John, Channing Tatum, and Jeff Bridges joining the cast. The plot follows the members of Kingsman needing to team up with their American counterpart, Statesman, after the world is held hostage by Poppy Adams and her drug cartel, “The Golden Circle”.

But what makes the Kingsman work, I believe its not the action, unique humour or the over the top plot line. It’s a harking back to old world charm and British gentry.

So we decided to visit one of London most recognisable brands in mens wear.

Hackett Limited is a multi-channel British menswear retailer, specialising in formal men’s shirts as well as other clothing. It was founded in 1979 in London by Jeremy Hackett. 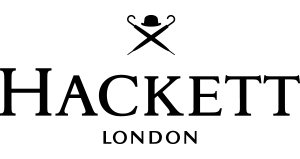 Hackett was founded in 1979 by Jeremy Hackett and Ashley Lloyd-Jennings from a stall on London’s Portobello Road. The first shop, on the “wrong end” of King’s Road, in London Chelsea district, was selling only used clothes.

Hackett London is the official clothing supplier to the Williams Martini Racing team from the 2015 season onwards.

‘When customers ask me how old Hackett is, they are always surprised, believing that it was started by my Father or even Grandfather. They seem to think it has been around forever, and I like that. For me it shows that there is real acceptance for the brand and it’s not just a passing fad. Hackett is a brand that is truly British and has an authenticity and integrity that belies its years.’

Mark is a serial entrepreneur and lives out of his rucksack, and a battered powerbook where he runs several online businesses. When he is not developing ideas he is also a freelance journalist for Huffington Post, GQ and Penthouse.

Me, My Suit and Tie

This site uses Akismet to reduce spam. Learn how your comment data is processed.